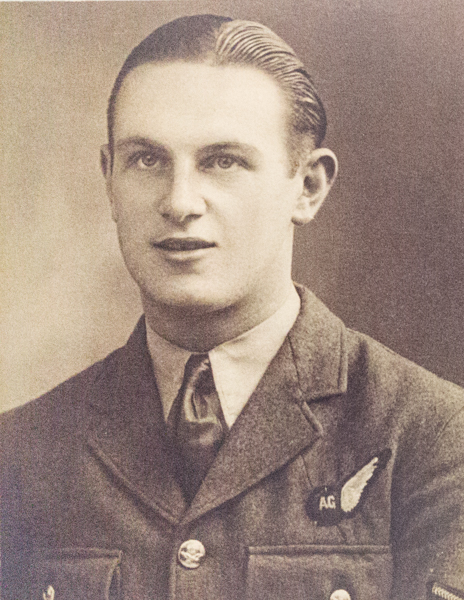 In all the histories of WWII very little mention is made of the people who supported and supplied the Resistance Agents working in occupied Europe. My Uncle, John Vincent, was one of these. As a crew member (rear gunner) he flew many times in a lone aircraft low over hostile lands dropping agents and supplies. John had joined up as soon as he could. Training was received in Airspeed Oxfords and Whitleys and he was trained not only in firing guns but also the use of the cine camera gun. Their first operational mission was in October 1943, listed in his log book as “Operations as Detailed (France)”. I presume that due to the nature of their operations, no further details could be included.

On 17 Dec 1943, he and the rest of the crew had had to bail out over East Anglia when upon returning from a mission (OPERATION MARC 1) they found that the entire country was fog bound. Without any visual it was hard to find anywhere to land and after flying for nearly 10 hours they ran out of fuel and had to bail out, leaving the plane to crash in the North Sea. Unfortunately, 4 of the crew landed in water (near Harwich) and were drowned. The aircraft (LW280 NF-K) and crew at that time are pictured below: (JV is on the right)

Of note: The Halifax bombers used by 138 Sqdn were modified and the mid turret removed to create more space – the full crew was kept as one “Air Gunner” was actually the despatcher, however it did leave the aircraft under armed.

This was one of the worst nights for bomber losses during WW2 – nearly 30 were lost due to getting lost in the fog or crashing on return to base after completing their missions, in addition to 25 or so lost during a bombing raid on Berlin. SOE lone aircraft such as the one described here would complete their missions under the cover of the larger raids in the hope that they would more easily avoid detection.

For all the drama of the night, the log book entry seems quite understated:

John, along with his two surviving colleagues, was allocated to another aircraft (LL307) along with new crewmates.

➡ RAF Commands – details of the crash

➡ John Vincent and the last flight of Halifax LL307